SCARC proudly announce that Ms. Megan MacMullin, Esq. has been selected as successor to Dr. Richard Lecher as President and Chief Executive Officer of SCARC, Inc.

SCARC proudly announce that Ms. Megan MacMullin, Esq. has been selected as successor to Dr. Richard Lecher as President and Chief Executive Officer of SCARC, Inc. 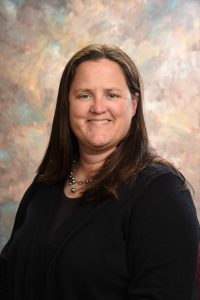 On behalf of the SCARC board of trustees, Darlene Blandina, Chairwoman, and Richard C. Lecher, President and Chief Executive Officer, we proudly announce that Ms. Megan MacMullin, Esq. has been selected as successor to Dr. Richard Lecher as President and Chief Executive Officer of SCARC, Inc. Dr. Lecher’s planned retirement from SCARC, Inc. will occur on March 31, 2023.  A smooth transition will be occurring between the present date and March 2023.

Megan has most recently been employed as the Chief Executive Officer of SCARC Guardianship Services, Inc. since 2018.  She has also been a member of the SCARC, Inc. board of trustees, and served as chairwoman from 2015 – 2017.  In addition, she has been a member of the board of the SCARC Foundation since 2005, and served as chairwoman of the board in 2008-2009.  Megan also serves on the board of trustees for SCARC Housing and our Augusta Center for Persons with Disabilities.  Megan has extensive experience in special education as a school social worker in the Vernon school system (1997-2002) and Willowglen Academy (1995-1997).  Immediately prior to being employed at SCARC Guardianship Services, Megan was a practicing attorney with Laddey, Clark & Ryan in Sparta (2005-2007) and with Fitzgibbons – MacMullin & Prol in Franklin (2003-2005).

Megan has earned a Bachelor of Arts degree in Psychology from Siena College, Loudonville, NY, a Master of Science degree with Honors in Education and Community Counseling from The College of Saint Rose, Albany, NY, and a Juris Doctor, Cum Laude from New York Law School.  She is a member of the Atlantic Health (Western Region) Bioethics Committee, a member of the Catholic Academy of Sussex County board of trustees, a member of the Branchville Rotary, and the Ogdensburg Historical Society.  Megan, her husband Michael, and their three children are residents of Ogdensburg, NJ.  We are all very excited about Megan taking over the leadership of SCARC, Inc., the county’s most comprehensive and historic organization serving the needs of children and adults with developmental disabilities and their families in Sussex County.