We are so pleased to announce that our CEO, Richard C. Lecher, Ph.D. has been awarded Sussex County Chamber of Commerce’s highest honor – the Lifetime Achievement Award. This award recognizes an individual who has made an extraordinary, long-term contribution to the community for many years. Richard has been guiding SCARC as our CEO since 1972, when he transitioned from teaching special education in Roxbury Township to this position. When he started here as our first CEO, we employed 7 staff and the annual budget was around $25,000. Today, the SCARC organization has grown to include four corporations, employs 330 staff, operates with a $16 million budget, and serves over 650 people with intellectual and developmental disabilities and their families. 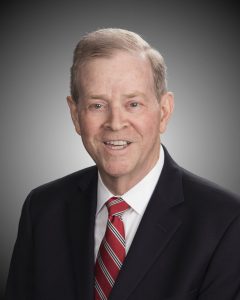 Dr. Lecher is certified in Special Education, and holds Principal and Chief School Administrator certificates. He has earned a Doctor of Philosophy degree from Rutgers University in Social Work Policy and Administration, and two Masters’ degrees from Seton Hall University in Special Education and in Public Administration – Non-Profit Management. Under Richard’s guidance and vision, SCARC has grown to be the largest comprehensive organization of its kind in Sussex County and one of the largest in New Jersey. Richard is the longest tenured Chief Executive Officer in the Arc family in New Jersey. We are so proud that the Sussex County Chamber of Commerce has chosen Richard for this year’s award. Richard was presented with this award at the Chamber’s Annual Awards Celebration on Tuesday, March 31, 2015. Debbie Berry-Toon, CEO of Project Self-Sufficiency, presented Richard with the award.