Understanding the Signs and Symptoms of Autism 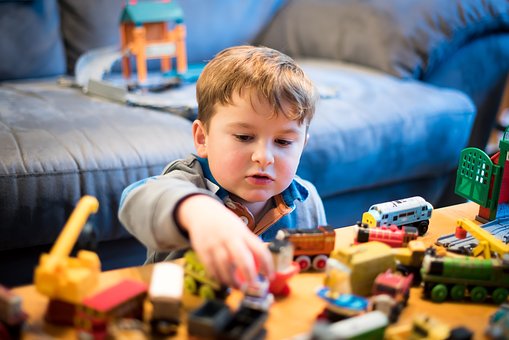 Understanding the Signs and Symptoms of Autism

Whether you’re a first-time parent or a seasoned veteran, it’s critical that you learn the signs and symptoms of autism-spectrum disorder (ASD). There are two main reasons for this. The first is that your pediatrician only sees your child for a few minutes every few months (and, as your child grows, she’s seen less and less for well visits). This gives your child’s physician only brief glimpses into her behavior, habits, and appearance. The second reason you should know the signs and symptoms of autism is because early intervention can make a tremendous difference in your child’s development and abilities as he learns and grows. We’ll talk more about this later, but first, let’s review what autism is, who it affects, and what you should look for.
Autism Facts and Figures Autism-spectrum disorder is a developmental disability that affects the way people communicate, behave, and interact with others. Individuals with ASD see and process the world differently from individuals who are neurotypical (those who are considered on-target developmentally and cognitively).
Despite some public opinion to the contrary, study after study has shown that autism is not in any way linked to vaccines. So, what does put your child at increased risk for autism? There is a strong genetic link—meaning it can run in families, especially among siblings. Children born to older parents are at higher risk for developing autism, and boys are much more likely to have autism than girls. Statistically, ASD affects 1 in 37 boys and 1 in 151 girls. Though many children aren’t diagnosed until after age four, autism can be reliably diagnosed as early as age two. Autism affects all ethnic and socioeconomic groups.

Signs and Symptoms of Autism
Keep in mind that many children who are neurotypical may also exhibit one or more of the below signs. One or two areas of deficit or nontypical behavior are usually not indicative of autism (though it may, in some cases, indicate another disorder). Rather, a cluster of behaviors, signs, and symptoms that appear together in the areas of communication, behavior, and social skills are what can trigger a diagnosis of autism.
Autism Speaks, the largest autism-advocacy organization in the US, the National Autism Association, and other organizations have developed lists of the most common signs and symptoms of autism, which have been combined below. Depending on your child’s age, the presence or absence or certain behaviors, abilities, or characteristics may be an indicator that your child should be evaluated.

Your child may also show these signs and symptoms of autism in greatly varying degrees. There is a saying, “If you meet one child with autism, you’ve met one person with autism.” As much as there are common behaviors, signs, and symptoms that indicate your child might be on the autism spectrum, his unique set of interests, talents, abilities, and challenges will be unique to him. Some individuals may have many and very severe symptoms of autism, while others may have only few and mild signs of the disorder. This is why we sometimes refer to individuals with autism as being “on the spectrum.”

Regardless of where he falls on the spectrum, early intervention is vital to helping your child maximize his future potential. For this reason, it’s important that you trust your instincts, and don’t wait if you think your child may show signs and symptoms of autism. Make an appointment with your pediatrician right away and, if your child is under the age of three, contact New Jersey’s Early Intervention System for assistance (other states often have similar programs in place). You can also contact Janis Woersching, our chief operating officer here at SCARC, with any questions or concerns. We’d be happy to help you navigate the process and/or provide you advice and guidance. If your child is diagnosed with ASD, SCARC has a variety of programs and services in place to help you, your child, and your family